Lawns are considered a luxury in India, but they are an inherent part of a house’s open area in the United States. This open land and the house that sits on it may be owned by the homeowner, but there are still many regulations governing what can and cannot be grown in a home garden in the United States.

But let’s not get ahead of ourselves. Why do lawns exist in the first place? What do they require in terms of fertilizers, pesticides, and (most importantly) water requirements? Then there is the constant maintenance needed to maintain a trimmed, lush, weed – free lawn.

The birth of the lawn

The lawn has its origins in England, where it was popular among the nobility in the 17th and 18th centuries.  A gentleman named Lancelot “Capability” Brown was particularly influential in making lawns more widespread and appealing. The lawn trend gradually made its way across the Atlantic, and with the advent of lawn mowers, lawns started becoming widespread in North America in the 19th century.

Lawns currently occupy millions of acres of land in the United States. The direct result of this lawn obsession has been:

Additionally, the extensive and excessive (due to improper or higher dosage usage than required) use of fertilizers and pesticides cause more than an effect on the lawn. These chemicals get washed off the lawn during landscape watering or rain showers. This runoff ends up in the sewer and causes downstream pollution.

Ironically, the area impacted by fertilizers and pesticides is different from the area of application. In an earlier post, we discussed runoff laden with fertilizer from the upstream states entering the Gulf of Mexico and creating an oxygen deprived hypoxic zone which kills all life.

The other subtle consequences

The turf grass the United States imported from Europe is not readily edible by insects and other creatures native to the United States. These creatures and insects did not evolve with these plants to overcome the distasteful chemicals the plants create to ward off predators.

In the absence of insects, other life forms that feed on insects, i.e. birds, bats, frogs, lizards, do not thrive.  The death toll is compounded by heavy pesticide usage, which in addition to killing the pests, kills other non-targeted life as well. This effectively makes the total area devoted to lawns in the United States a sterile environment unable to support biodiversity.

Lawns and the law

In this context, it is disheartening to note that many cities in the United States have regulations preventing home owners from growing anything other than a lawn (and other ornamental landscapes conforming to specific standards) in their home garden.

Home owners who had converted their lawns to an edible garden were in for a rude shock when the local authorities, home owner associations, or neighbors initiated legal actions. This resulted in some of the edible garden growers facing arrest and jail time. 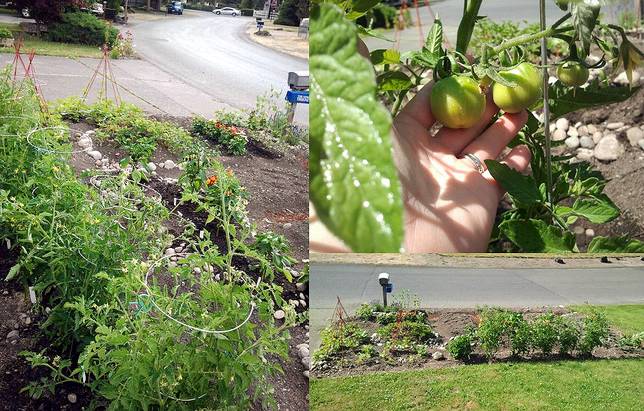 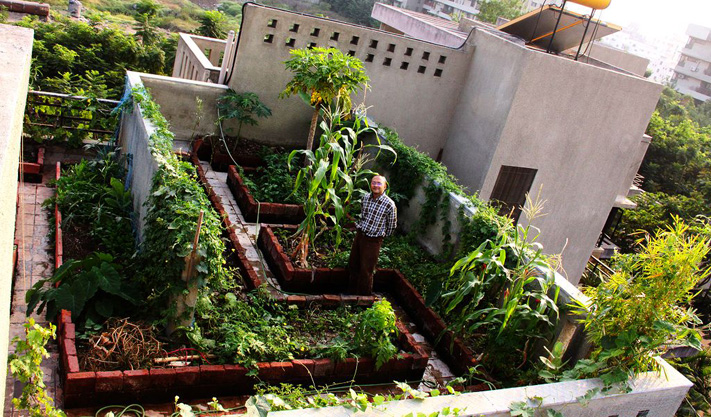 Illustration: A terrace garden in India

Environmental protection and conservation efforts would be better served if authorities and home owner associations understood the environmental impact of lawns and promoted a shift to an edible garden or a landscape abounding with native plants with low watering requirements.

Additionally, techniques like mulching and drip irrigation can aid in significantly reducing the water footprint of a home garden.

Have you read your home owner association’s rules and bylaws? You may be surprised by what you can’t do on your own property.

Article Summary For this article, we will be discussing underground septic tanks, and size refers to the septic tank’s total volume handling … END_OF_DOCUMENT_TOKEN_TO_BE_REPLACED

Executive Summary The import, export, manufacturing and production industries are experiencing a variety of problems in Q1 2021 within the areas … END_OF_DOCUMENT_TOKEN_TO_BE_REPLACED

There are many reasons people around the globe choose to participate in rainwater harvesting. It could be to feel a sense of satisfaction and pride … END_OF_DOCUMENT_TOKEN_TO_BE_REPLACED