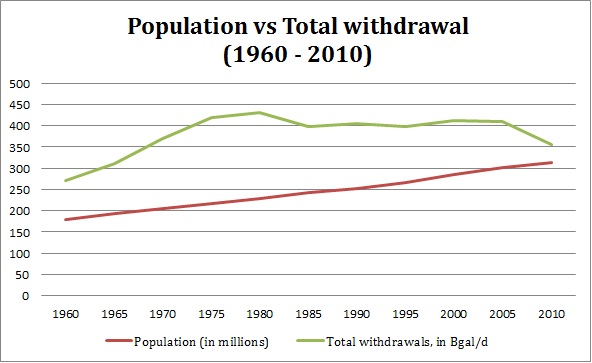 The United States’ population has seen a steady increase (~75%) from 1960 to 2010. Yet total water withdrawal has not followed the same trend. Water withdrawal was on the rise until 1980. It stabilized for the next 25 years, but saw a dip in 2010. Is this a good sign? Does it signify an increased adoption of water conservation measures by citizens for domestic use? Or was there adoption of water restrictive alternatives in different sectors? 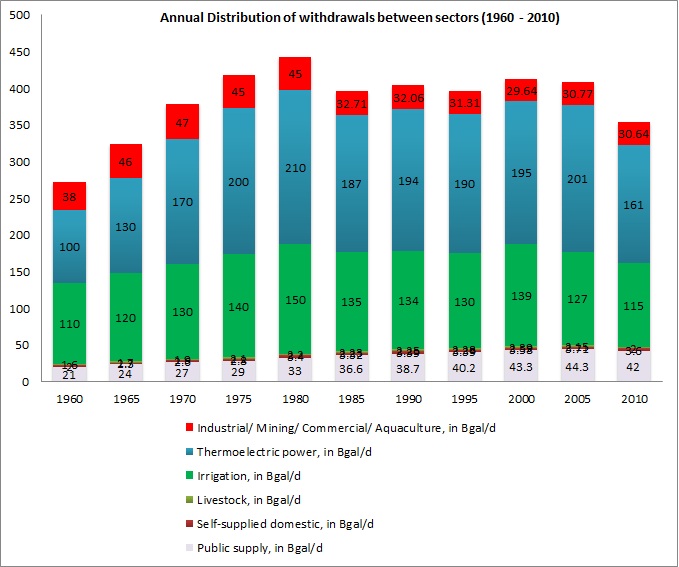 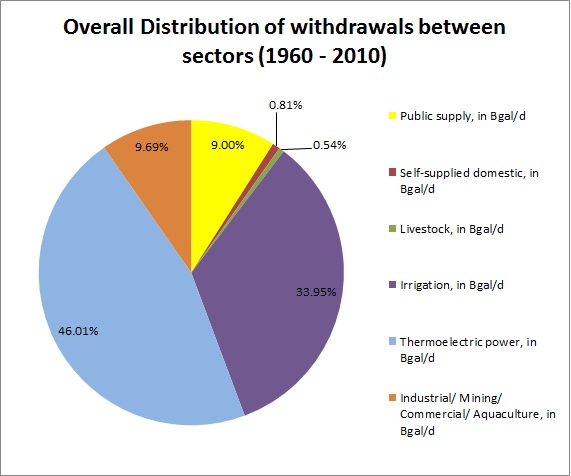 The two major water consumers are the thermoelectric power and irrigation sectors. They amount to almost 80% of the total demand. Both are on a gradual downward trend after their highs in 1980. Is water withdrawal for irrigation decreasing due to a drop in demand? Or is it because of better water management in irrigation?

Downward trends in water requirements for the thermoelectric power sector may be due to the shift towards using renewable energy sources.

Contrary to the behaviors shown by thermoelectric power and irrigation, the public supply sector – which takes care of domestic consumption- has steadily increased withdrawals. There has been a 100% withdrawal increase from 1960 to 2010. This has a positive correlation with the increasing population.

Surface water sources have proven to be the dominant withdrawal source. 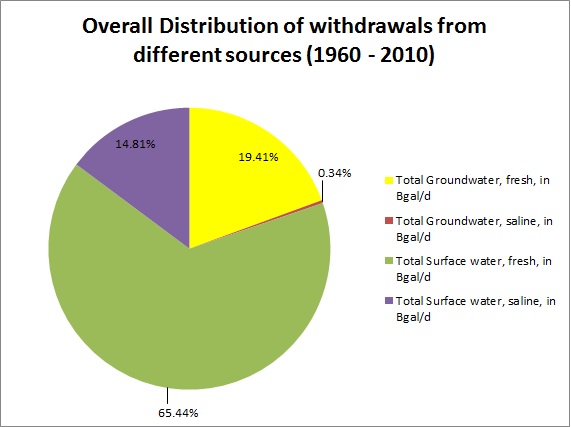 Article Summary For this article, we will be discussing underground septic tanks, and size refers to the septic tank’s total volume handling … END_OF_DOCUMENT_TOKEN_TO_BE_REPLACED

Executive Summary The import, export, manufacturing and production industries are experiencing a variety of problems in Q1 2021 within the areas … END_OF_DOCUMENT_TOKEN_TO_BE_REPLACED

There are many reasons people around the globe choose to participate in rainwater harvesting. It could be to feel a sense of satisfaction and pride … END_OF_DOCUMENT_TOKEN_TO_BE_REPLACED